Around 1981 a friend showed me his Sinclair ZX81 personal computer. I decided to buy a BBC micro although I had to wait until mid 1982 before it actually arrived. Meanwhile, I taught myself BBC Basic out of a book, so when I finally got the computer I was ready to program, which I did, continously. I sold some games to the BBC Micro A & B Computing and Model B magazines. I also wrote a large program for an educational firm to help to teach music. 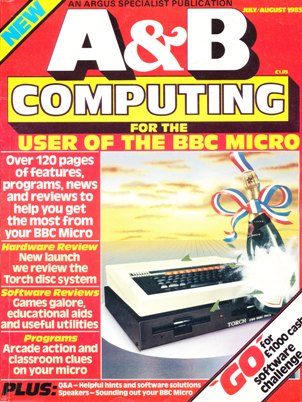 One evening, I went to the local college (SELTEC) in Lewisham to sign up for a programming course but ended up teaching it instead. This led to teaching on BTEC courses and then to being trained in COBOL on a government training scheme. As part of this, I did a work placement at the Consumers' Association where I started computerising their pension system. I was still maintaining this in 2010! This was the first of many consultancy jobs I have done over the years. In 1987 I became a lecturer at SELTEC (later to become Lewisham College) and in 1997 moved to the University of Greenwich as a Principal Lecturer in Databases and Information Systems. I retired from the University in 2011.