Around 1998/9 my wife Belinda and I had a friend who ran a folk club in a pub in Greenwich. We went along a few times just to support him.

One week there was a duo there playing a fiddle and a squeezebox. The PA broke as soon as they started, so they sat on a sofa next to us and played. It was just the most beautiful, complex, uplifting music I had heard in years. I asked the squeezer about his instrument and he said it was a melodeon (I ’d never seen one before).

I had just bought an accordion - really just because I ’ve always thought they looked good. I learned a bit of French café type music but soon got a bit stuck with what to do with it.

Around the same time we saw a band playing in a local park in Forest Hill . They were real virtuoso players with flutes / whistles. This was Flook. We decided we really liked this music and, thinking it was all Irish, had a
holiday in southern Ireland just to go and listen to the real thing.

We then met someone who told us about Folk Camps. It really didn’t sound too appealing, but we decided to go anyway. After the first evening in a field in Devon, pouring with rain, I decided I was going home the next day after breakfast. However, at breakfast, a chap came up to me and said: ” Don’t you work at Greenwich University ?” This was Chris Walshaw who is well known in the folk scene. He also invented a method of music notation called ABC which is known all over the world. He taught us some tunes so we could join in (although mainly I strummed guitar).

There were some excellent musicians at the camp. When they asked how we got into the music, I told them about these two guys in a pub in Greenwich whom they’d probably never heard of, called Andy Cutting and Chris Wood!

After the camp, Chris supplied me with CDs to educate me: mainly European modern folk stuff. In particular, he gave me CDs with Karen Tweed and Becky Price. Having heard one with Karen playing
with Swap and The Two Duos Quartet, I said I needed a lesson from her and I wondered how I could get hold of her . Chris said: “She’s coming to dinner on Friday”

So I got to meet Karen, who showed me some ideas on what to do with the left hand. A couple of months later I did a weekend workshop with Becky Price. Both these players have been very influential on the way I play.

Chris and I started doing the odd tiny gig together and he also took me to sessions. At one session near London Bridge, where they play mainly French music, I saw a girl playing fiddle and singing. Chris knew her, and we asked her if she fancied playing with us. This was Anna Tabbush. She comes from a folk family - her mother is a well known singer called Carolyn Robson. So Meridian was born .

Anna used to play with Holly Sheldrake and Mark Weaver from Hastings and every now and then we all went down there to a session. I thought it would be interesting to extend Meridian into a bigger band and after we did a tryout gig together, we formed Climax Ceilidh Band. 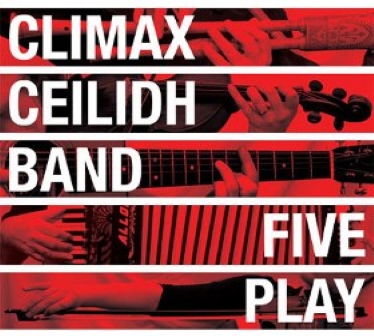 In 2009, Chris and I were interested in having a band playing predominantly for European dancing. We were thinking about musicians we might want to play with when Cliff Stapleton rang up, out of the blue. And so we had Angles

In 2012, another new venture: Moltenamba, a combination of folk, blues and jazz musicians.